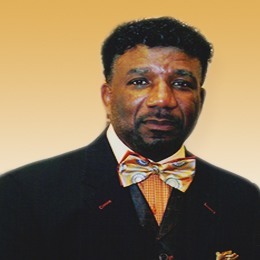 Eric A. Henley, Sr. is a native of Savannah, Georgia. He is the sixth child born of ten children to the late John B. Henley, Sr. and Mrs. Maggie L. Henley. At five years of age, Eric believed the call of God was on his life to preach the Gospel of Jesus.

Pastor Henley was baptized at Goodwill Baptist Church at the age of twelve by the late Reverend R.L. Lee. He rededicated his life to Christ and surrendered to Him as his personal Lord and Savior after joining the Air Force, (1980). Pastor Henley is a graduate of the Alfred Ely Beach High School in Savannah, Georgia. He is a twenty-year (20) retired veteran of the U.S. Air Force, where he specialized in the field of Administration, Human Resources, Travel and Budget/Finances. His military travel has taken him to Germany, Panama, France, Italy, Indiana, Georgia, Washington, DC, Maryland, Virginia, Nevada, Mississippi, Texas, Alabama, and North and South Carolina. Pastor Henley received an honorable discharge on September 1, 2000.

Pastor Henley preached his first sermon in November 1984 at Rhein-Main Air Base, Germany. Pastor Henley later preached, was catechized, licensed and ordained at his home church, Goodwill Missionary Baptist Church in Savannah, Georgia under the leadership of the late R. Ronald Boston, Sr. His pastorates include Jerusalem Baptist Church, East Spencer, North Carolina, he is founder and former pastor of New Beginning Community Christian Church, Spencer, North Carolina; he also served as Senior Pastor at Hopewell Baptist Church, Orange, Virginia from July 2009 to March 2014. Under his leadership, Jerusalem Baptist increased its membership and its offerings and giving by 500%. In his first two years at Jerusalem through preaching, teaching stewardship, visioning seminars, workshops, and conferences the church’s finances increased from $19,000 to over $200,000 and the church started a 1.5 million building project on a new church. Pastor Henley also started a daily radio broadcast the “Prevailing Word Broadcast”.

At the New Beginning Community Christian Church located in North Carolina, Pastor Eric started a Computer Learning Center, ARISE Structured Day Program and the New Beginning Community Development Center, Inc (501c3 organization). The ARISE program was designed to prevent the increase of repeat offenses of youth between ages of 10-17. The program was committed to providing a highly structured environment and service-intensive program intended to address the basic social, emotional and behavioral needs of each student in order to promote a better quality of life. As Program Director with 12 staff members including interns, local universities, and colleges. Pastor Henley, worked with community leaders, social workers, probation officers, city officials and the school board in order to help families of at-risk youth, he also wrote several grants in order to fund this program. Pastor Henley is a grant writer; his organization received grants of over $250,000.00, he is also in the process of writing his first book, a ministry source for all ages but especially for leaders.

Pastor Henley also started the Connected Clergy of the Carolinas an organization focused on helping pastors with congregations of less than 100 members learn ways to increase attendance. During his time in North Carolina, he also started the Prevailing Word Conference, a Conference that brought together a diverse group of churches throughout North and South Carolina regions. Pastor Henley believes so strongly in evangelism he started March Madness, a day in which his congregation evangelized to communities in Salisbury, Spencer/East Spencer, NC, and carries the tradition over to his new location in Savannah, GA. Pastor Henley and the New Beginning Community Church family fed and ministered to nearly 200 people annually, this outreach event also included free haircuts, free food and clothing giveaway. While in North Carolina, Pastor Henley planted and assisted in planting six (6) other churches.

In the past five years (5) before returning to Savannah, Pastor Henley worked as a Therapeutic Day Treatment (TDT) counselor, community based/mental health and intensive in-home counselor; also he was able to provide in-home and community-based services using planning and problem-solving techniques to assist many families. While working at Chrysalis Counseling Center, as a community based/intensive in-home and mental health counselor, he realized that one of his greatest strengths was his ability to increase students’ tolerance of frustration, irritation, and agitation triggers when the students became overwhelmed and felt incapable of succeeding.

Pastor Henley has been married to the former Ms. Sheila D. Benjamin for 35 years and to this union was born three children, Eric, Jr. (Deceased), Erica D. and Evric M.E. They share a life of love, commitment, dedication, devotion, and joy. Pastor Henley is a man who believes in preaching what he practices and practicing what he preaches; when you meet him you will immediately recognize that he is a man who loves God, his family, and God’s people. Pastor Henley felt led by the Lord to return home and plant a church, “I have been to my Judah, to Samaria and the uttermost parts of the world, now it’s time for me to go to Jerusalem, “Savannah.” He is known for his profound orator for the 21st Century, his vision is to reach the lost at any cost.